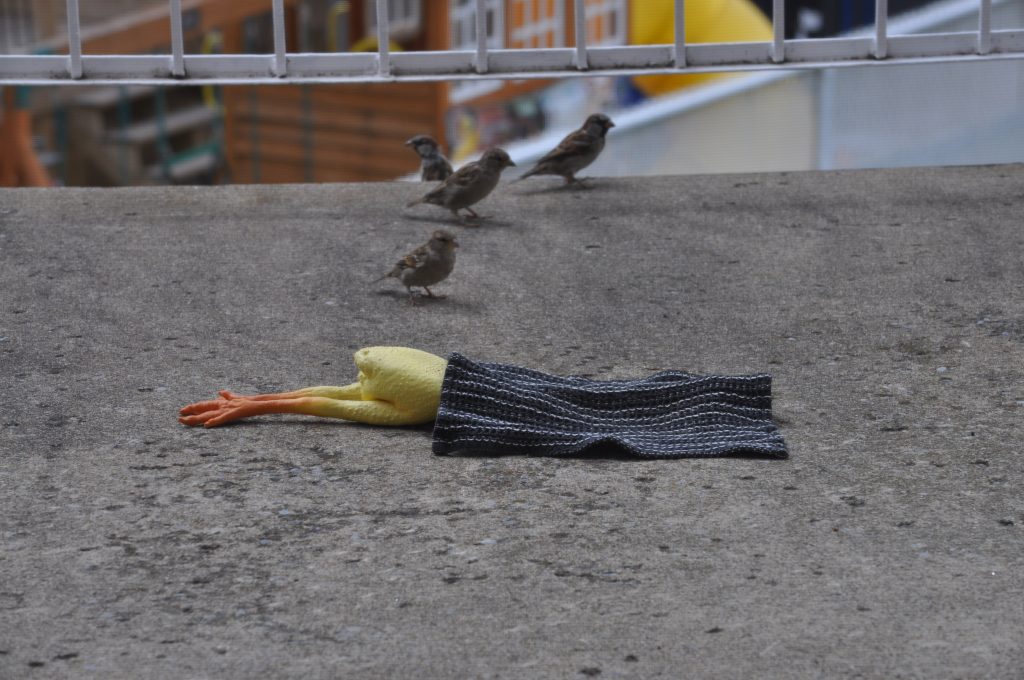 He was a respected leader in his community. A winged warrior. A feathered friend. Sgt. Sidney Schlitz served his country admirably; he was a highly decorated flyer in the Air Force. From the time he hatched, Sgt. Schlitz was a beak ahead of all others, soaring to unimaginable heights. He never shied away from the difficult tasks in life, nor did he subject his men to dangers he wasn’t willing to take himself. His troops loved him for that. They admired his dedication and resolve.

It was his life of selfless acts and a love for his command that brought many out to honour him in death as he lay in repose, leading to what would be a well chronicled full military funeral; a fitting tribute to a hero of so many battles.

Once his service records officially become declassified, the history books will be filled with his daring exploits. The dive bombing raids on enemy combatants long before the use of drones, the reconnaissance missions in the mines and caves of far away lands, and his spectacular air battles with birds of a different feather from foreign fowl forces, just to name a few.

But the powers that be will try to downplay the manner in which Sgt. Schlitz died. It’s an embarrassing tale of hubris and bravado heard all too often in the military ranks. The refusal to believe that age, and all that goes with it, catches up to even the bravest military officers.

As the years passed, Sgt. Schlitz didn’t fly as high as he used to, or as fast. And despite mounting pressure for him to take a complete physical he was not the commander he once was. Complicating the issue was his failing eyesight. On his last mission, it ultimately led to his downfall.

In a midnight raid on a hot summer night in a dimly lit warehouse on the outskirts of enemy territory, Sgt. Schlitz flew too low to the ground. He didn’t see the long extension cord, he didn’t hear the whirring symphony, and he didn’t feel the breeze. But sadly, Sgt. Schlitz flew right into a Honeywell Oscillating Turbo Prop Cooling Unit.

But as what’s left of him now lies in state, and as those who reminisce of his triumphs and mourn his passing file by, thanks to redacted government records, few will ever know that Schlitz hit the fan.