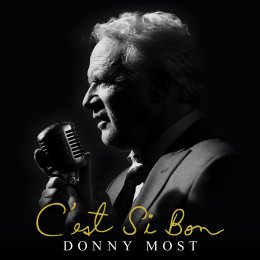 Actor/director/singer Don Most, best known for his starring role on Happy Days, has been singing up a storm of late. He talks about his musical side, plus we hear a track from his new Christmas CD, Swinging Down The Chimney Tonight.

Herbie J. Pilato is the author of a book that looks at the male television stars of an era gone by. It’s entitled Dashing, Daring & Debonair: TV’s Top Male Icons from the 50’s, 60’s & 70’s.

Stuart Nulman is in with another edition of Book Banter.  This week’s reviewed book is In Such Good Company: Eleven Years of Laughter, Mayhem, and Fun in the Sandbox

This week’s opening slate is presented by Allan Liebman, a hospice registered nurse at Halifax Health Hospice in Daytona, Florida.