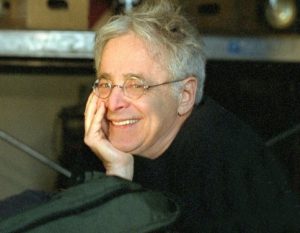 Remembering Chuck Barris, the creator of such classic game shows as The Newlywed Game and The Dating Game and the host and creator of The Gong Show.  It’s a retro interview from 2003 with a TV icon who passed away on March 17th

Military historian, David O’Keefe, author of One Day in August: The Untold Story Behind Canada’s Tragedy at Dieppe

, talks about the importance of Canada’s WWI battle at Vimy Ridge on the 100th anniversary of the event

Peter Franklin, the Gabby Cabby, shares a slice of The Big Apple from his yellow mobile conveyance lounge

This week’s opening slate is presented by Dino Congonidis, a cameraman, video editor and director of photography