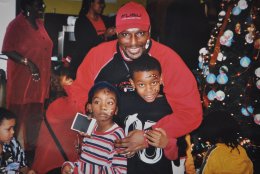 This is a special one hour show for the holidays. The Meshach & Malik Christmas Show, an irreverent children’s program unlike anything you’ve heard before during the holidays. So just sit back, down another eggnog and enjoy!

This week’s opening slate is presented by Jingle & Jangle, two of Santa Elves.  Much thanks to them for taking the time out of their busy schedule at this time of the year to do the slate.  Also, thanks to Local 802 of the Elves Union for allowing it to happen.

(If you want a little background into how this special Christmas show was created, Patreon subscribers to The Stuph File Program can enjoy a Patreon Rewards Extra that features info on how the show was created and outtakes of the boys!)