Take A Quick Peek At My New Book!

Delve into some “Great Conversations”

They say everyone has a book inside of them. Well, I’ve finally let mine out! After decades of talking to celebrities on the radio, I’ve chronicled many encounters within the covers of Great Conversations: My Interviews With Two Men On The Moon And A Galaxy Of Stars.

And there are even a couple of guys from a very elite group of twelve men who have left their footprints on the moon! 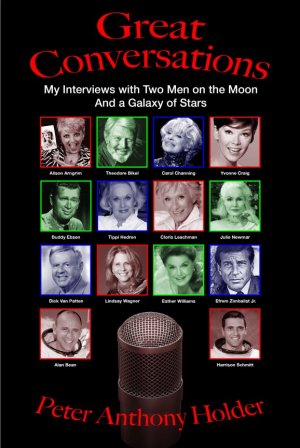 You can also buy the book at amazon.ca