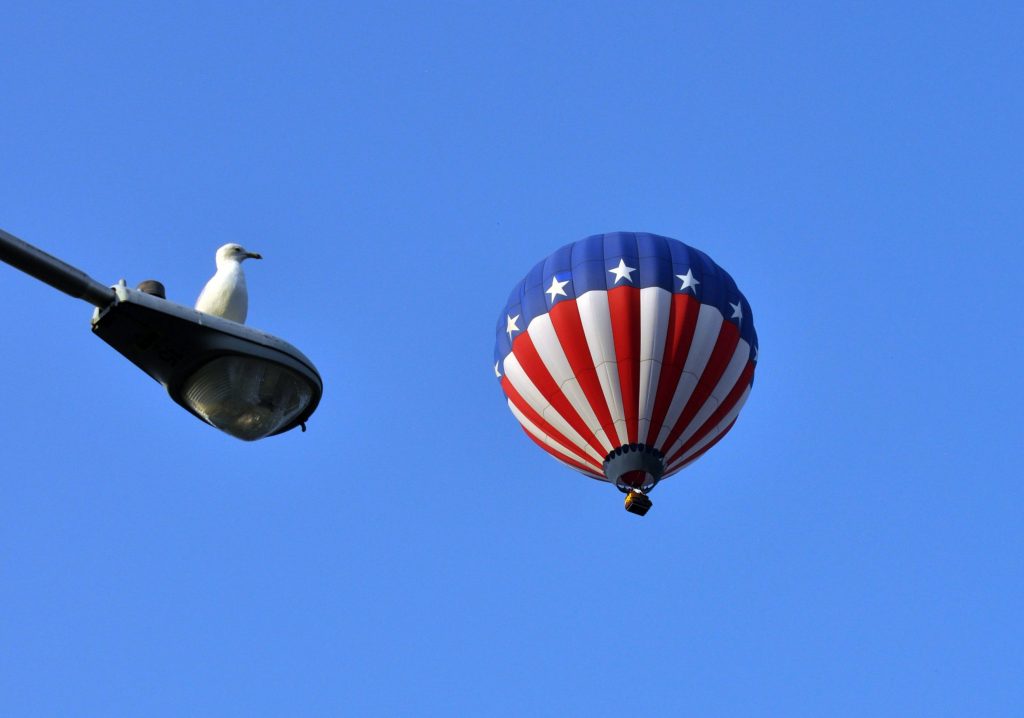 Gustav Gull was mournful. It had been awhile, but he was still reeling from the loss of the love of his life, Gretchen. Gretchen and Gustav used to soar great heights together. They met because they hung out at similar spots, and both had the same sense of humour.

Dive bombing outdoor diners at local fast food restaurants gave them hours of joy. Eating discarded fries kept them full. And after eating, high flying target practice on shiny new cars made them squawk with delight, especially when they came across leather-upholstered high end convertibles with the top down.

Messing with the heads of humans, both literally and figuratively, was what attracted Gustav to Gretchen. Her maniacal distaste for mankind was an aphrodisiac to him. Even now, in his rare happy moments, Gustav manages a smile when he remembers the time Gretchen snuck up behind a chubby Boy Scout in a canoe who was eating a giant ice cream sandwich.

She whizzed by his head so fast, ever-so-slightly grazing his ear; that the poor kid jumped three feet in the air. Unfortunately when he landed, he missed the boat entirely and had to be rescued by the Scout Master. Gustav warmly reminisced on how Gretchen almost spit up a worm, laughing so hard at the sight.

But that sense of humour was ultimately Gretchen’s undoing. It was last year, at the annual balloon festival, that Gretchen played her favourite and most dangerous prank. She used to buzz around the head of the balloon pilots, scaring their passengers.

Today Gustav thinks back at the horror of Gretchen’s unfortunate final misstep, when she flew between the gondola and balloon just for kicks, and met her untimely demise, being instantly flame broiled by a fiery blast.

Deep down inside Gustav knows Gretchen’s demise was her own undoing and there was no one else to blame. But still, he seethed with hatred in his grief and vowed one day to plot his revenge on the humans who dared hover in his airspace.

Gustav was a gull with a gripe; the original angry bird. “One day,” he said, “humans will pay. And that’s a promise. It’s not just hot air.”